Title: Real-Time Crowdsourcing for Complex Tasks
Speaker: Walter Lasecki, Assistant Professor, University of Michigan
Date: Tues, Feb 21
Time: 12:30-1:30
Room: NSH 1507
Abstract:
Creating robust intelligent systems that can operate in real-world settings at super-human performance levels requires a combination of human and machine contributions. Crowdsourcing has allowed us to scale the ubiquity of these human computation systems, but the challenges in mixing human and machine effort remain a limiting factor of these systems. My lab’s work on modeling crowds as collective agents  has helped alleviate some of these challenges at a system level, but how we can create cohesive ecosystems of crowd-powered tools that together solve more complex and diverse needs remains an open question. In this talk, I will discuss some initial and ongoing work that aims to create complex crowdsourcing systems for applications that cannot be solved using only a single tool.

Bio:
Walter S. Lasecki is an Assistant Professor of Computer Science and Engineering at the University of Michigan, Ann Arbor, where he directs the Crowds+Machines (CROMA) Lab. He and his students create interactive intelligent systems that are robust enough to be used in real-world settings by combining both human and machine intelligence to exceed the capabilities of either. These systems let people be more productive, and improve access to the world for people with disabilities. Dr. Lasecki received his Ph.D and M.S. from the University of Rochester in 2015 and a B.S. in Computer Science and Mathematics from Virginia Tech in 2010. He has previously held visiting research positions at CMU, Stanford, Microsoft Research, and Google[x].​ 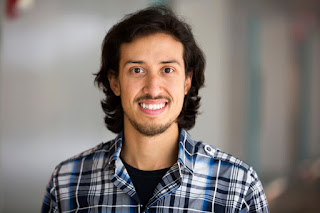 Abstract:
There is a proliferation of websites and mobile apps for helping people learn new concepts (e.g. online courses), and learn how to change health habits and behavior (e.g. websites for reducing depression, apps for quitting smoking). How can we use data from real-world users to rapidly enhance and personalize these technologies? I show how we can build self-improving systems by reimagining randomized A/B experimentation as an engine for collaboration, dynamic enhancement, and personalization. I present a novel system that enhanced learning from math problems, through crowdsourcing explanations and automatically experimenting to discover the best. My second application boosted responses to an email campaign, by experimentally discovering how to personalize motivational messages to a user's activity level. These self-improving systems use experiments as a bridge between designers, social-behavioral scientists and researchers in statistical machine learning.

Bio:
Joseph Jay Williams is a Research Fellow at Harvard's Office of the Vice Provost for Advances in Learning, and a member of the Intelligent Interactive Systems Group in Computer Science. He completed a postdoc at Stanford University in the Graduate School of Education in Summer 2014, working with the Office of the Vice Provost for Online Learning and the Open Learning Initiative. He received his PhD from UC Berkeley in Computational Cognitive Science, where he applied Bayesian statistics and machine learning to model how people learn and reason. He received his B.Sc. from University of Toronto in Cognitive Science, Artificial Intelligence and Mathematics, and is originally from Trinidad and Tobago. More information about his research and papers is at www.josephjaywilliams.com. 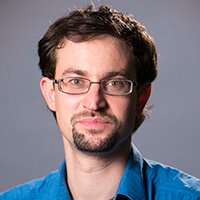 Abstract:
Crowd computing systems are now capable of doing more sophisticated work than ever before, accelerating the pace of creative work such as creating movies, carrying out research, and writing stories.  How can crowds be used to automate software creation? This is a complex problem, requiring good methods for expert selection, program synthesis and collaboration.  We’ll discuss strategies for accelerating software creation using crowds of geographically-diverse communities of software engineers, as well as the cultural and technical challenges that emerge.

We'll also discuss several open problems in crowd computing, including efforts by our team and others to create a crowdsourcing compiler, a hypothetical system that can optimally divide an open-ended task between artificial intelligence systems and teams of humans.  These systems blur the line between crowd-powered software and real-world organizations, raising important questions about the future of work.

Bio:
Anand is founder of Crowdbotics, a startup using crowdsourcing and machine intelligence to accelerate the process of software development. Crowdbotics brings developers from new-to-coding communities worldwide into a global community of software engineers that collaborate 1-1 with technology companies.  Prior to that, Anand was Chief Scientist of LeadGenius, a Y Combinator, Sierra Ventures, and Lumia Capital-backed startup using human computation and deep learning to automate account-based marketing (ABM). LeadGenius has raised over $20M in venture funding and developed best-in-class marketing automation technology used by Fortune 500 customers like Google, eBay, and Box. In conjunction with nonprofits like the World Bank, LeadGenius generates fairly-paid digital employment for over 500 individuals in 40 countries.  Anand has been named as one of Forbes Magazine's "30 under 30" Top 30 Entrepreneurs Under 30. Anand has published over a dozen papers in ACM, AAAI and IEEE magazines, journals, and conferences. Anand previously held a National Science Foundation graduate research fellowship in mathematics. He holds degrees in Industrial Engineering and Operations Research, Mathematics, and Physics from UC Berkeley. 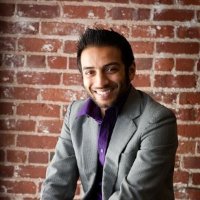