Abstract:
We document reputation "inflation"---a strong, positive trend in average feedback levels---in a large online labor market. Exploiting the matched employer-employee nature of the data, we rule out the possibility that inflation is driven solely by market compositional effects. We argue that this inflation is caused by two factors: (1) negative feedback is more costly to give than positive feedback, and (2) the cost to the rating employer from giving bad feedback is increasing in the market penalty of bad feedback to the rated worker. In an adverse selection model with these assumptions, we show that there is a stable equilibrium in which all rating employers give good feedback regardless of worker performance. We describe a marketplace intervention designed to address reputation inflation: employers were asked to give private feedback about workers in addition to the status quo public feedback. This private feedback differed substantially from the public feedback and was more predictive of future worker performance than public feedback. After this private feedback was collected for a year, aggregated measures of this feedback were experimentally revealed to new employers who were screening applicants. We find that when buyers can condition their screening and hiring choices on this aggregated private feedback, they do so, suggesting they view it as a valuable source of information about workers.

Bio:
John Horton joined New York University Stern School of Business in September 2013 as an Assistant Professor of Information, Operations and Management Sciences. Professor Horton's research focuses on the intersection of labor economics, market design and information systems. He is particularly interested in improving the efficiency and equity of matching markets. After completing his Ph.D. and prior to joining Stern, Professor Horton served for two years as the staff economist for oDesk, an online labor market. Professor Horton received a B.S. in Mathematics from the United States Military Academy at West Point and a Ph.D. in Public Policy from Harvard University. 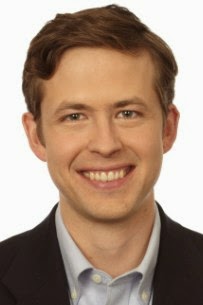