Abstract:
As HCI researchers explore the possibilities of human computation, their focus has been on the humans enabled by HComp rather than the human workers who power it. Based on five years of design and ethnographic engagement, this talk analyzes the labor inequalities designed into Amazon Mechanical Turk, one popular human computation system. With Six Silberman (UC Irvine) and thousands of Turk workers, I have designed and maintained a system called Turkopticon that both addresses and draws attention to those inequalities. Turkopticon is an activist system that allows workers to publicize and evaluate their relationships with employers. As a common infrastructure, Turkopticon also enables workers to engage in mutual aid. I'll discuss lessons learned from designing and running the system, offer implications for how activists approach design interventions, and conclude with other projects that attempt to center humans in human computation.

Bio:
Lilly Irani is an Assistant Professor of Communication & Science Studies at University of California, San Diego. Her work examines and intervenes in high-technology work practices in situ to understand their relationships with broader cultural, political, and social processes. Her work has appeared at CSCW, CHI, New Media & Society, Science, Technology & Human Values and other venues. Her work has also been covered in The Nation, The Huffington Post, and NPR. Previously, she spent four years as a User Experience Designer at Google. She has a B.S. and M.S. in Computer Science, both from Stanford University and a Ph.D. in Informatics from UC Irvine. 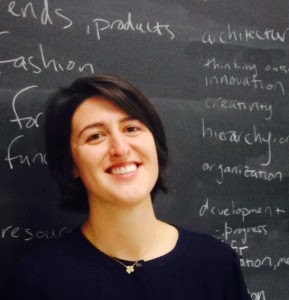