Abstract:
I will discuss my group’s emerging work on Precision Crowdsourcing: crafting targeted requests to information consumers with the goal of closing the loop and turning them into contributors. I will talk about the general approach, then illustrate it through a project we’ve done in Cyclopath. Specifically, we designed and studied several mechanisms Cyclopath users could use to give feedback on bicycling routes they had requested. We analyzed naturally occurring textual route feedback, and found that it contained a significant amount of information that would be useful to the system, e.g., evaluations of road segments and suggestions of alternative routes. We then designed a new UI to let users provide and explain feedback, and ran an experiment that showed promise that users would give and explain route feedback, and that the system could extract useful information from it.

Bio:
Loren Terveen is a Professor of Computer Science at the University of Minnesota. His research interests include a variety of topics in human-computer interaction and social computing. He helped develop one of the early recommender web sites (PHOAKS) and recently has led projects that have: revealed new information about how valuable content is created on Wikipedia and the lifecycle of Wikipedia users, produced and deployed new interface designs to enhance participation in online communities, developed a novel location-aware messaging system, and combined wiki and geographical information systems technologies to create social web sites that let people enter and access information about places in their local communities.

Prof. Terveen received his Ph.D. 1991 from the University of Texas at Austin, then spent 11 years at Bell Labs and AT&T Labs before joining the University of Minnesota. He has served the human-computer interaction community in various leadership roles, including as co-chair of the CHI and IUI conferences, program chair of CSCW, and a member of the SIGCHI Executive Committee. 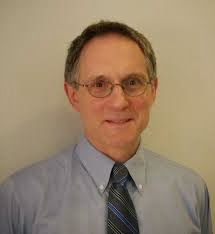 Abstract:
Human computation has offered new opportunities for making computer systems smarter and more capable with easy access to human intelligence on demand. Making human computation a reliable component of computer systems requires moving away from manual designs and controls towards generalizable automation techniques, algorithms, models and designs. In this talk, I will present an overview of our recent research efforts towards this goal that have emerged through our collaboration with the Zooniverse citizen science effort. I will start by showing how machine learning and decision-theoretic reasoning can be used in harmony to leverage the complementary strengths of humans and computational agents to solve crowdsourcing tasks efficiently. This methodology, which we refer to as CrowdSynth, includes predictive models for inference and efficient algorithms for making effective decisions, is shown empirically to maximize the efficiency of a large-scale crowdsourcing operation. Next, I will present how predictive modeling can be used to make inferences about attention and engagement of workers. I will conclude the talk by presenting a study of how different financial incentives provided to paid workers affect their speed, quality and attention and how their performance on a difficult citizen science task compare to volunteers.

Bio:
Ece Kamar is a researcher at the Adaptive Systems and Interaction group at Microsoft Research Redmond. Ece earned her Ph.D. in computer science from Harvard University. While at Harvard, she received the Microsoft Research fellowship and Robert L. Wallace Prize Fellowship for her work on Artificial Intelligence. She currently serves in the program committee of conferences such as AAAI, AAMAS, IJCAI, WWW, UAI and HCOMP. Her research interests include human-computer collaboration, decision-making under uncertainty, probabilistic reasoning and mechanism design with a focus on real-world applications that bring people and adaptive agents together. 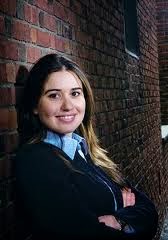