Abstract:
There is rapidly growing interest in leveraging crowds as part of individual creative workflows. In this talk, I will describe the concept, implementation, and evaluation of Voyant, a system that leverages a non-expert crowd to generate perception-oriented feedback from a selected audience as part of the visual design workflow. The system generates feedback related to the elements seen in a design, the order in which elements are noticed, impressions formed when the design is first viewed, and interpretation of the design relative to guidelines in the domain and the user’s stated goals. An evaluation of the system showed that users were able to leverage the generated feedback to develop insight and discover previously unknown problems with their designs. This type of system has the potential to tighten feedback cycles in design practice and contributes to the growing movement of data-driven design methods. The talk will conclude by outlining intriguing pathways for future work and by highlighting some challenges of using crowds to build end-user applications.

Bio:
Brian Bailey is an Associate Professor in the Department of Computer Science at the University of Illinois, where he has been on the faculty since 2002. He conducts research and teaches graduate and undergraduate courses on user interface design and human-computer interaction. Dr. Bailey was a visiting researcher at Microsoft Research in 2008-2009. He earned a B.S. in Computer Science from Purdue University in 1993 and an M.S. and Ph.D. from the University of Minnesota in 1997 and 2002, respectively. His research interests include creativity support tools, design studies, crowdsourcing, and attention management. He holds affiliate academic appointments in Human Factors, the Beckman Institute, and the Graduate School of Library and Information Science. Dr. Bailey received the NSF CAREER award in 2007. His research has been supported by the NSF, Microsoft, Google, and Ricoh Innovations. 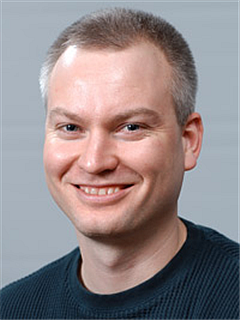